This passage is an example of

This passage is which type of literature?

How does the author feel about his hat?

1 George Washington grew up on a farm in Virginia. He worked hard on the farm. He got big and strong. His parents taught him to be honest and to always tell the truth.

2 People tell many stories about George Washington. One famous story is about George when he was a little boy. He had gotten a shiny, new hatchet. He wanted to try it out, so he chopped up as much wood as he could find around the house. When there was no more wood, he chopped down his father’s prized cherry tree.

3 When his father found out, he asked George what happened. Sad that he had done wrong, George answered honestly, "I cannot tell a lie. I chopped down the cherry tree." George’s father was proud of his son for telling the truth. That is how George Washington was known for his honesty.

4 When he grew up, George helped explore the country. He made maps of places that had no maps yet. He was a brave soldier too. He fought to protect the settlers in the colonies. He became a great general when America fought to be free from British rule. 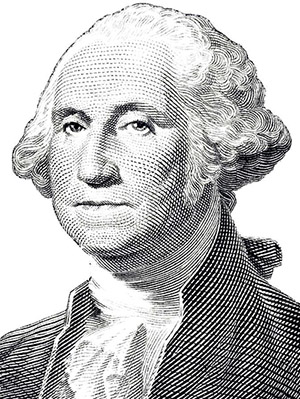 Why did young George chop down his father’s cherry tree?

What is the main idea of this passage?