1 Even though the dinosaur named "Brontosaurus" continues to appear in books, cartoons, and movies, it’s long been known that the brontosaurus never actually existed. In fact, the Brontosaurus was a made-up dinosaur created from the skeleton bones of other dinosaurs. The "discovery" of the Brontosaurus happened when two rival paleontologists began a feud called the Bone Wars.

2 Marsh and Cope became friends and colleagues after meeting each other in Germany in the mid-1800s. At the time, Western Europe, not the United States, was at the forefront of dinosaur research. However, America became the center of attention for Marsh and Cope when competition among scientists to find dinosaur bones became intense after a dinosaur skeleton was discovered on a New Jersey farm. Both men were swept up in the excitement of finding dinosaur remains, and their determination to find the most dinosaur bones led to a bitter feud and the end of their friendship. This feud also led to Marsh and Cope spying on each other and stealing each other’s dinosaur bones. Their work was done hastily and sloppily. They misidentified fossils, created reconstructions that were full of errors, and published papers about dinosaurs based on insufficient data.

4 In 1903, two responsible scientists discovered Marsh’s mistake. After carefully examining both skeletons, they determined that both dinosaurs were actually Apatosauruses. But because of Marsh’s quest for fame, and his resulting carelessness, the Brontosaurus myth has been taught, learned, and cherished as truth for years. Furthermore, the bitterness between Marsh and Cope damaged the trustworthiness within the scientific community, even driving the founder of vertebrate paleontology out of the field.

5 Some good did come out of the Bone Wars. Marsh and Cope’s discoveries sparked an interest in expanding the field of paleontology. And the Bone Wars led to more thorough and accurate studies by other scientists who wanted to discover the truth about dinosaurs, not falsify information to seek fame and glory. Thanks to Marsh and Cope, dinosaur skeletons were placed in museums, photographs and drawings of dinosaur fossils were published in newspapers, magazines, and journals. And the general public was introduced to the mysterious and fascinating creatures that roamed planet Earth millions of years ago. 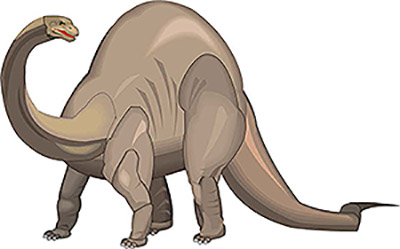 What is the author’s principal claim in Passage 1?

Which of the following paragraphs best supports the correct answer to Part A?

What type of evidence does the author mostly use to support her claim in Passage 1?

What is the author’s principal claim in Passage 2?

Which of the following paragraphs best supports the correct answer to Part A?