Which detail from the passage supports the answer to Part A?

1 Did you know that cats are the second most popular pet in America? More than 47 million people in America own at least one cat. Cats have been around for thousands of years. But many cat owners do not know much about the history of cats. Scientists believe that cats became domesticated 10,000 – 12,000 years ago. How did cats go from living in the wild to living with people?

Where Did Cats Come From?

2 Scientific studies show that domestic cats came from the African wild cat. These wild cats were the size of a large house cat. But the wild cats had longer legs. For thousands of years, wild cats lived near humans before they were domesticated. These cats lived in Africa. The also lived in the Middle Eastern countries of Cyprus, Iraq, Iran, Israel, Jordan, Lebanon, Palestine, Syria, Turkey, and Afghanistan. Later on, these cats moved into Asia and Europe. Over time, these wild cats decided they wanted to live with people.

Why Did Cats in the Wild Want to Live with Humans?

3 Many wild cats lived near farming communities. Mice and rats were attracted to crops, and the wild cats wanted to be near their favorite prey. Farmers liked having the wild cats around because they kept mice and rats out of their crops and barns. In turn, the wild cats got shelter and plenty of food to eat. Trading pest-control for food and shelter caused cats to want to be domesticated. The relationship the ancient Egyptians had with cats is an example of why cats wanted to live with people.

4 In ancient Egypt, cats were an important part of Egyptian life. Cats were adept hunters and kept rats and mice away from grain and other food supplies, and they killed deadly snakes. Ancient Egyptians also trained their cats to catch birds and fish. So thanks to cats, the ancient Egyptians had plenty of food to eat.

5 The Egyptian people believed that cats were closer to the gods than humans. They worshipped cats and built statues and temples to honor them. Killing cats in ancient Egypt was against the law, so the cats had no enemies. These cats were loved, spoiled, and pampered. The ancient Egyptians loved their cats so much that after they died, the cats were mummified. Their owners wanted to send their beloved furry cats into the afterlife in style.

Why Do People Love Cats So Much?

6 For thousands of years, people have known that cats are very successful at killing rats and mice. And that is one reason why people still have cats as pets. People also love cats because they are smart, soft, cute, and cuddly. In fact, many cat breeds love to be petted and are very loving. People also love cats because they come in all different sizes, shapes, and colors. Listening to cats purr and stroking their soft fur is good for your health. It can lower stress and anxiety and make people feel calm and relaxed. Because of their hunting skills, intelligence, and beauty, cats have made their way into the hearts of millions of people all over the world.

Which sentence from the passage best supports the answer to Part A?

2. A group of domestic cats is called a clowder.

4. Some ginger color tabby cats have freckles around their mouths and on their eyelids.

5. Tigers are the largest wild cats in the world.

6. Domestic cats only meow to talk to humans, not each other.

7. Unlike lions and tigers, cheetahs don’t roar. They purr and make a chirping-like sound to communicate with each other.

15. No two tigers have the same pattern of stripes.

16. The color of the Chinese mountain cat’s fur depends on the season. The fur is gray during the winter and dark brown during the summer.

17. The savannah is the largest domestic cat. It is a cross between the serval and a domestic cat. A serval is a wild cat that lives in Africa.

18. The Egyptian mau is the oldest breed of cat.

19. Chinese mountain cats have excellent hearing. They can hear prey in underground tunnels.

20. Ancient Egyptians kept jungle cats as pets and used them to hunt birds and small game.

21. Jungle cat mummies have been found all over Egypt.

23. According to the Cat Fanciers Association, there are 44 breeds of domestic cats.

24. Leopards are the strongest of the big cats. 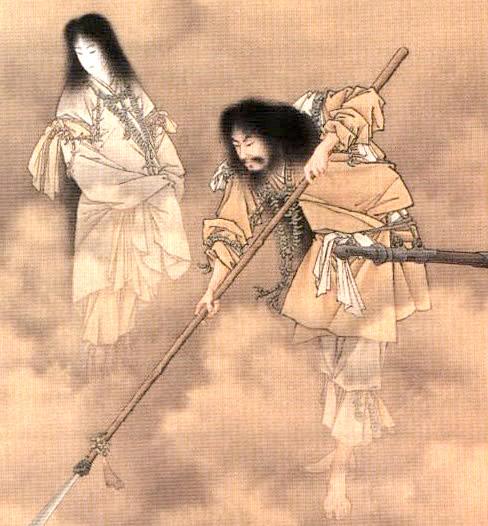 Amaterasu and Susanoo — a Japanese folktale

1 Susanoo and Amaterasu were brother and sister. They rarely agreed on anything. Susanoo was the god of the summer storm. He was always angry and didn’t watch where he was going.

2 Amaterasu was the goddess of the Sun. And she brought peace and calm to everything she touched. They could never be together too long because they always got on each other’s nerves. Still, they had a very close bond and always came back together.

3 One day, Susanoo was waiting in the rice fields to see Amaterasu. But he became impatient and upset. He flailed and fumed, and soon Amaterasu’s beautiful rice fields were destroyed. She came and saw what he had done. Amaterasu was upset and ran away and hid herself in a cave.

4 The Earth became cold and dark. People started getting sick and sad. All of the plants started to die. The gods and goddesses saw that this could not go on. They began to play instruments and dance funny dances. Everyone laughed and played faster and louder until Amaterasu poked out her head.

5 "What’s going on?" she asked. The strongest of the gods pulled her out and sealed the cave behind her. They told her she was the most important of them and could not disappear again like that. To this day, she sits the highest in the sky.

What is the main idea of the Japanese folktale?

1 Alexander the Great was born on July 20, 356 BC in Macedonia (Ancient Greece). His father was King Philip II of Macedon. Alexander’s father trained his son to be a skilled military leader. When Alexander was 13, the famous philosopher, Aristotle, taught him about Greek medicine, philosophy, morals, religion, logic, and art. Alexander would eventually become one of the greatest military leaders in history.

2 After Philip’s death, in 336 BC, Alexander became king of Macedonia. He was only twenty years old, but he was well prepared for leadership. After the death of his father, Alexander decided to increase the Greek empire. In 334 BC, Alexander entered Asia Minor (what is now Turkey) with over 40,000 soldiers and attacked a large Persian army. Alexander’s attack surprised his enemy because he attacked at night and not at daybreak. Alexander’s victory freed several Greek city-states from Persian rule.

4 After Alexander defeated his enemies, he allowed people to practice their traditional customs and religion. He also allowed many defeated leaders to keep some of their power. Alexander’s leadership spread quickly across the world. Alexander was proud that had never lost a battle. He also wanted to keep increasing the Greek empire by taking over Egypt.

5 When Alexander reached Egypt, people welcomed him and worshipped him as a pharaoh (king). He founded the city of Alexandria in Egypt. It became one of the most important cities in the ancient world and remains so today. By 332 BC, Syria, Egypt, and Palestine belonged to Alexander. By 327 BC, Alexander had reached India. He wanted to keep marching east, but his troops were tired of fighting and refused to go with Alexander. Alexander had no choice but to return home. Shortly after returning home, Alexander became very sick with a high fever. He died at the age of thirty-two.

Why did the author include the map with the passage?