Which number president did Lincoln grow up to become?

Sir Francis Drake was a famous English explorer. He sailed the seas to find new ways to get places. He was born in 1540 and died in 1596. Drake was the second explorer ever to circumnavigate the globe. That means he went around the whole world in a ship. The first person to do that was Ferdinand Magellan, about fifty years earlier. In Drake’s time, England and Spain were enemies. So the Queen of England asked Drake to help beat the Spanish. She knew he was the best at sailing and knew the sea. She gave him ships to use and money for his voyages. Drake made a job out of bothering Spanish ships at sea. He stole from them when he could. In this way, he was also a pirate. Drake spent much of his life at sea. 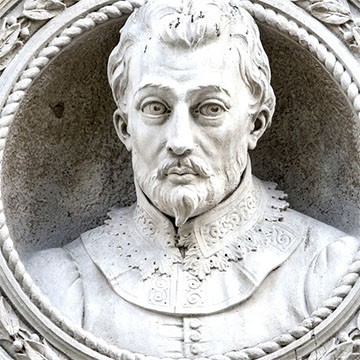 How many people had sailed around the world before Drake?

What caused the Queen of England to ask for Drake’s help?

Sometimes it is not possible to build a fort outdoors. Maybe you live in an apartment in a busy city. Or maybe it’s too hot or too cold outside. An indoor fort is easy to build. It is also just as much fun as an outdoor fort. All you need are some big pillows and a few blankets. Make walls out of the big pillows and some chairs with high backs. Just arrange them in a square shape. Leave a place to crawl in and out. Next, drape the blankets on the top. Now you can hop inside your cozy fort and have fun.

Which two sentences support the answer to Part A?

Rocking Out! 1. Are you looking for a fun, inexpensive hobby? Well, next time you are outdoors, just look down. You might find your next hobby right under your feet. Becoming a rock collector is easy. Make sure to bring a paintbrush to brush off dirt and a plastic bag to put in the rocks you want to collect. Rock collectors should also buy a rock and mineral book that will help you identify your rocks.

2. Rocks are all over the place. They are so plentiful you might take them for granted. But they are important to scientists. Rock scientists are called geologists. They learn much about Earth by studying rocks and rock formations. Studying rocks helps geologists understand events that happened millions of years ago, such as earthquakes and volcanic eruptions. Different rocks form under only certain conditions, and even the smallest rock can tell about something that happened in the past.

3. Rocks form in different ways. The forms they take tell geologists important things about Earth. Some rocks form from volcanic heat. Other rocks form from tiny, sandy grains that collect together and then become solid. The different kinds of rocks tell us how the land was formed, long before people were there.

What is the author’s opinion about rocks?